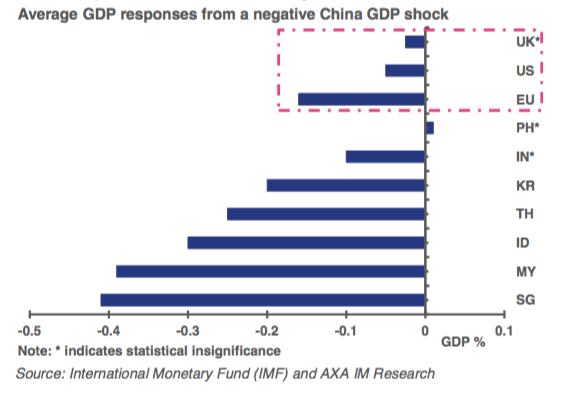 As China's economic and financial influence on the rest of Asia has grown in recent years, some of U.S. President Trump's hard-line economic policies on trade and currencies could have a far-reaching impact on the rest of Asia, even if they are designed to affect only China-U.S. relations, says a report published by AXA Investment Managers.

The asset manager estimate that a one percentage point decline in China's GDP could lower Asia's growth by up to 0.4 percentage points. A decelerating Chinese economy would also impact developed economies such as the U.S. and U.K. as well.

China is the world's second largest economy and trading nation, commanding 15% and 11% of global GDP and trade, respectively, up from less than 3% some twenty years ago. In Asia, China’s dominance is even more striking, reflected in its 32% and 45% shares in the region’s trade and GDP.

Everything You Need To Know About The Man In Charge Of Ant Financial: Eric Jing