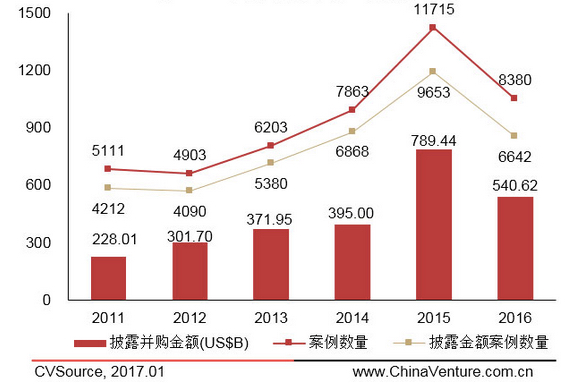 There were 6,642 announced M&A deals in China with disclosed aggregate transaction value of US$540.6 billion in 2016, down 31% and 31.5% year-on-year respectively, according to data released by Chinese deal tracking firm ChinaVenture.