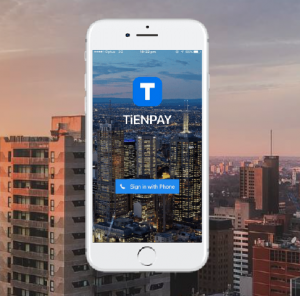 "I'm excited to announce that TiENPAY's ICO has so far received strong investor enthusiasm, because our T8Coins are to fund a smart contract-based media and loyalty disbursement project that is expected to return handsomely for our token holders," says William Tien, founder and CEO of TiENPAY. "In addition, the launch of the Hong Kong digital currency exchange pushes us one step forward in realizing our mission of creating a global and ubiquitous omni-channel financial platform offering hassle-free access to digital goods and services."

"We are excited to partner with leading fintech company TiENPAY to launch the Hong Kong digital currency exchange," says Liu Ziwei, Managing Director of Baixin Financial Group. "The exchange will benefit the fintech community in Asia to convert cryptocurrency and fiat currency with the convenience of just a few swipes of their fingers."

The Initial coin offering, similar to an initial public offering, is a form of crowd sale where tech companies or projects raise capital in the form of crytocurrency, usually Bitcoin or Ethereum, by issuing project tokens. Since Mastercoin announced the first ICO globally, ICOs have become increasingly popular. In 2017, nearly 90 ICOs have taken place globally, raising crytocurrencies worth US$1 billion. China's first ICO was completed last year by a project named Xiaoyi, and the market has skyrocketed since then. During the first half of this year, 64 ICOs were issued in China, raising crytocurrencies worth a total of RMB2.6 billion (US$420 million), taking over 40% of the global total.

TiENPAY's T8Coin is a crypto token that utilizes the Ethereum Blockchain and consensus network. Early investors buying T8Coins during the ICO will be entitled to receive royalties in perpetuity from 20 web films TiENPAY plans to produce in the next five years. The web films will be embedded with TiENPAY's proprietary Xtopp platform, which offers innovative advertisement and sponsorship opportunities to clients, therefore creating lucrative revenue streams that will be distributed to T8Coin holders. These web films will be distributed on China's major online video sites and other prominent distribution channels.

The ICO accepts Bitcoin or Ethereum in exchange for the T8Coin token, which represents a contractual right to receive a royalty derived from the sale of T8Coin content. T8Coin is supported by Smart Contracts that act as an escrow agreement between the T8Coin and the Investors who purchase the tokens.

"It is the first time where web film production and distribution has been combined with innovative smart contract and blockchain technology to create an opportunity to benefit discerning investors," says Victor Chow, co-founder and group chief operating officer of TiENPAY. "We expect with the completion and broad online distribution of our first movie before year-end, our token holders will be generously rewarded for their foresight in purchasing our T8Coin tokens."

Last month, TiENPAY announced that it plans to produce 20 web films to promote the usage of innovative technologies such as its own mobile wallet. The first film, a comedy thriller web film "Wallet", will be produced by Beijing Jinmache Film & Television Culture Communication Co., Ltd.  Production will start in September.

*Important disclosure: Investors are advised to exercise caution when purchasing cryptocurrencies, and are advised to conduct their own research and come to a conclusion purely based on their own analysis. This release is distributed to inform and disclose information and may not serve in any way as defining TienPay Limited and its affiliates' legal obligations to token purchasers. 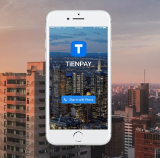 This news article comes via China Newswire, who is the copyright owner of this information and news. FintekAsia.com has licensed the rights to this article and any republication or re-distribution in whole or in part of this content is strictly prohibited without the express consent of China Newswire 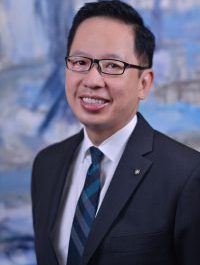 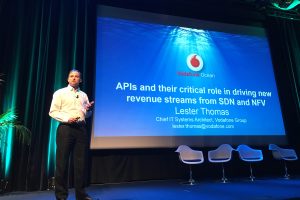