Chinese Internet giant Alibaba Group Holding Ltd. plans to double down on technology research and development to strengthen its core competence and support its vision of serving two billion people in the future.

The e-commerce company unveiled its grand plan at its inaugural tech summit, called "New Technology, New Future" held at its Hangzhou headquarters on March 9, with over 5,000 engineers in attendance.

Ma said to hit that goal, the new economy he envisions must be built on the continuing development of technological infrastructure, without giving detailed plans. 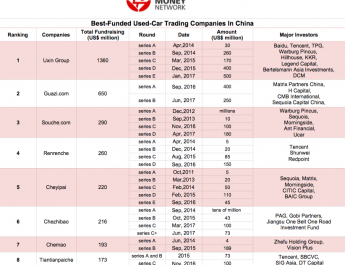 Will Investors Pouring Billions Into Chinese Used-Car O2O Firms Get Run Over?

China’s Bank Of Communications Issues $1.3B Securities Via Blockchain